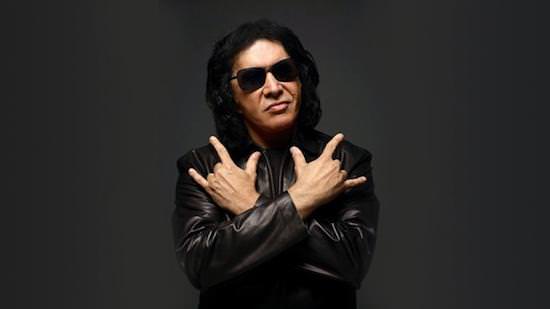 As regular followers of this blog know, we always enjoy those tales on the margins of the intellectual property world where truth can quite often be stranger than fiction.

In our latest installment, we look to the weird and wonderful world of heavy metal. Shock-rock icon Gene Simmons, celebrity entrepreneur and vocalist/bassist with the group KISS, has recently applied for a US trademark based on the famous “Sign of the Horns” hand gesture, popular among fans and musicians alike in this occasionally subversive musical genre.

Details of the US trademark application can be found here. The application is directed to services in the nature of “live musical performances”, and Simmons claims trademark rights back to November 1974.

As a design mark, it is important to notice that this trademark application would not confer rights on the hand gesture itself, but rather the design of a hand poised in the particular position illustrated in the application. As such, any trademark rights that were to arise from this application (which of course is not guaranteed!) would likely be limited to this specific pictorial design of the “Sign of the Horns”.

Therefore, the registrability of the subject matter is the least of the hurdles that Simmons and his legal team face. The more difficult question to answer is whether Simmons is genuinely entitled to apply for this arguably unconventional “trademark”.

A trademark can only function if consumers identify the mark with the proprietor’s business. Moreover, there is an overarching policy consideration that governments do not want to award proprietary rights in generic words or symbols, as this can lead to a generally chilling effect on the public’s freedom of expression.

In this instance, it appears that Mr. Simmons has an uphill climb at the United States Patent and Trademark Office. As any ardent heavy metal fan knows, this hand gesture has been used for years, going back to the late 1960’s with artists such as John Lennon (see here and here) and Black Sabbath (see here) having used the gesture prior to Simmons’ earliest claimed rights. Moreover, variants of the gesture are well known in Mediterranean, Buddhist and even US college culture.

However, and as stated above, it is important to note that Mr. Simmons’ application is for a pictorial design of the hand gesture, and as such there is certainly the possibility that trademark rights could be awarded that extend only to this exact version of this particular “design” in the manner of any other logo, such as Nike Inc.’s “Swoosh” or The North Face’s Inc.’s “Half Dome”.

Can “The Demon” demonstrate the requisite trademark rights in order to support registration of this trademark? That question remains to be seen, and rest assured that we will be following this case closely.

UPDATE (23 June 2017): It turns out Mr. Simmons had second thoughts and has now abandoned the trademark application. This follows much criticism and ridicule from fellow musicians, including Mötley Crue bassist Nikki Sixx, who joked that he was thinking about trademarking his middle finger. Better luck next time, Gene!

For more information about trademark applications in Canada, contact our Intellectual Property Group.

Intellectual Property Law
Blog
Reading time: < 1 mins
Trademark 101 – How do I make sure my preferred business name is not taken?
While it is stressful for many people going through this COVID-19 pandemic, and lockdown forcing many of us to work from[...]
Read More >

Intellectual Property Law
Blog
Reading time: < 1 mins
Patent 101 - I want to protect my invention. Where or how do I start?
You come up with an invention, and you want to protect your invention. So, where do you start?  There are[...]
Read More >