Harassment in the workplace: What it looks like and how to handle it 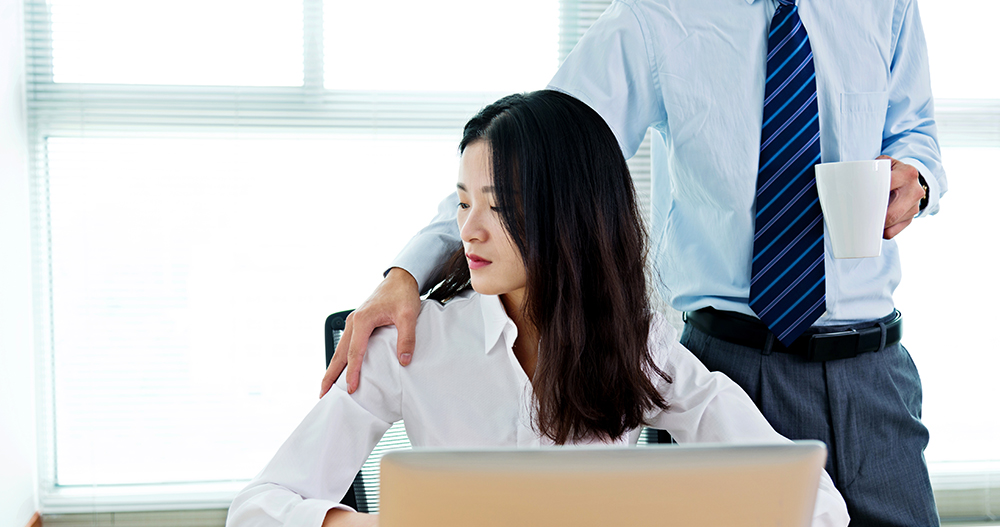 It could be a touch on the shoulder, a demeaning comment in front of colleagues or an inappropriate invitation to get together outside of working hours. While these acts may be initially easy to shrug off, with time and repetition they can quickly cross over into workplace harassment. But where is that line drawn?

In the midst of social movements such as #MeToo, it has become a bit easier for individuals to come forward with stories of both sexual and personal harassment in the workplace, says Karine Dion, a partner with Nelligan O’Brien Payne LLP. But, despite this push, it can still be difficult to prove allegations.

With so many subtleties surrounding harassment, and not much in the form of documentary evidence, many cases end up relying on the credibility of the parties. However, there are ways for both employees and business owners to protect themselves while on the job.

For many victims of harassment, it’s not always clear at first when inappropriate conduct crosses the line. However, there are steps you one should take even before you’re ready to take action.

“If you think it’s going in that direction, start taking notes,” says Dion. “What happened, when, who was involved, where you were. Keep a detailed journal so you have something to go back to.”

Once a pattern has been established, Dion says the victim should look to their work policies for how to move forward, and consider getting a lawyer for professional advice. If it is a manager or owner accused in the complaint, it is imperative that the victim speak to their human resources department to begin an investigation.

“Filing a harassment complaint in a timely manner is a way of indicating that you’re not OK with it, and may be a more appropriate reaction than verbally objecting in front of all your peers,” says Dion.

Victims also fear being fired if they speak up; a consequence which unfortunately does occur.

In 2017, a woman took her workplace to court after she was fired for filing a sexual harassment complaint against her manager. In instances like this, Dion points out that employers can get into serious legal trouble if they mishandle these types of complaints.

As a business owner, the best way to avoid trouble when it comes to harassment is to be proactive, says Dion. Workplace policies are key, and should be updated annually with accurate information regarding who to contact with a complaint and the various steps in the complaint procedure; where possible, the approximate length of the investigative process, or its various steps, should also be included.

It is crucial that an employer assess the situation from the outset and take appropriate action to ensure the safety of its employees, says Dion. If the allegation is serious enough, a common practice is to place the accused perpetrator on paid leave while the investigation takes place.

Following a harassment investigation, there are a number of recommendations an employer should expect.

“It could be as simple as training for the staff, all the way up to terminating with cause,” says Dion. While it is not mandatory for an employer to follow the investigator’s recommendation, from a legal standpoint it is often a good practice, she says.

As seen in a 2017 court case, employees who are unsatisfied with the reaction to their complaint can sue for the tort of harassment, or could even request another investigation by the Ministry of Labour, all at the expense of the employer. “If you are an employer and you’re doing what you are supposed to be doing, then that’s fine,” says Dion. “If not, you’re opening yourself up to liability.”

If you have any questions, please contact our Employment Law Group.