IP Round Up: “Banal” Lyrics and “Taco Tuesdays” 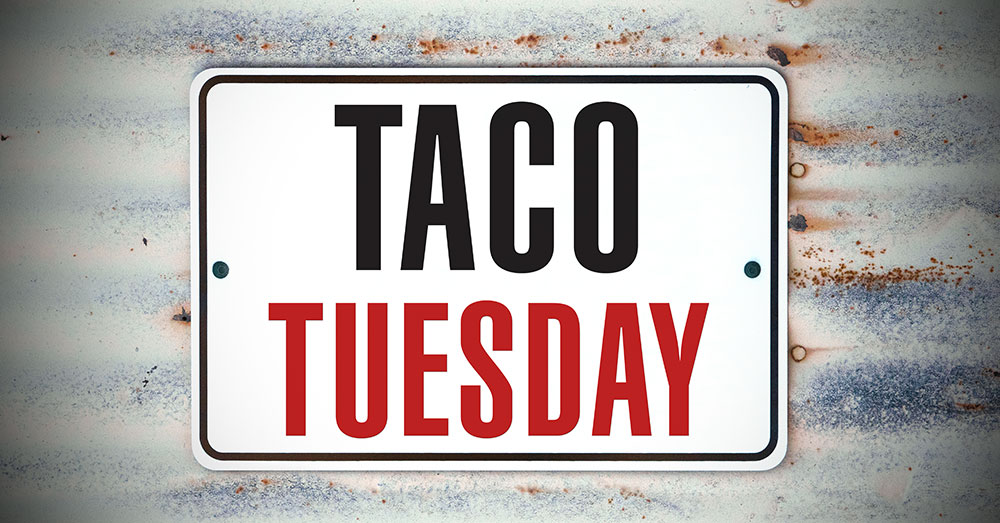 As reported in this space last month, Taylor Swift has recently been involved in a copyright infringement court battle over the question of whether the lyrics of her hit song “Shake it Off” were copied from an early 2000s song by 3LW titled “Playas Gon’ Play.”

A modicum of originality?

In dismissing the case against Swift, US judge Michael W Fitzgerald stated that: “In the early 2000s, popular culture was adequately suffused with the concepts of players and haters to render the phrases ‘playas… gonna play’ or ‘haters… gonna hate’, standing on their own, no more creative than ‘runners gonna run’; ‘drummers gonna drum’; or ‘swimmers gonna swim.’” He argued that the concept of actors “acting in accordance with their essential nature is not at all creative; it is banal.” Also, that “the allegedly infringed lyrics are short phrases that lack the modicum of originality and creativity required for copyright protection”.

As a result, Fitzgerald ruled that neither Swift nor 3LW’s lyrics are afforded protection under the US Copyright Act given that they are “too brief, unoriginal, and uncreative.”

Turning to a different type of IP dispute north of the US border in Alberta, a Tex-Mex restaurant is facing a legal battle with fast-food giant MTY Food Group over its use of the tagline “Taco Tuesday”.

You may not recognize MTY Food Group by name; however, it is the corporate behemoth behind such food court stalwarts as Manchu Wok and Mr. Sub.

Calgary-based Blanco Cantina has received a cease and desist letter demanding that it refrain from using the phrase in connection with its restaurant business. MTY Food Group has held a Canadian trademark registration for this phrase since 1997.

Unfortunately, and as many small business owners will attest, there is no economic incentive to pursue a legal battle purely on a matter of principle. As such, it is likely that Blanco will acquiesce to MTY Food Group’s demands rather than face a lengthy and costly fight in court.

However, trademark practitioners will at least appreciate the argument that a commonly used phrase (such as “Taco Tuesday”) may lack distinctiveness. This is a legal term indicating that consumers may not associate the trademark with MTY Food Group, and as such there is a possibility that the phrase is in fact generic. In short, “Taco Tuesday” may not function as a trademark at all.

Some food for thought!

For more information about copyright and trademarks, contact our Intellectual Property Group.

Intellectual Property Law
Blog
Reading time: < 1 mins
Trademark 101 – How do I make sure my preferred business name is not taken?
While it is stressful for many people going through this COVID-19 pandemic, and lockdown forcing many of us to work from[...]
Read More >

Intellectual Property Law
Blog
Reading time: < 1 mins
Patent 101 - I want to protect my invention. Where or how do I start?
You come up with an invention, and you want to protect your invention. So, where do you start?  There are[...]
Read More >