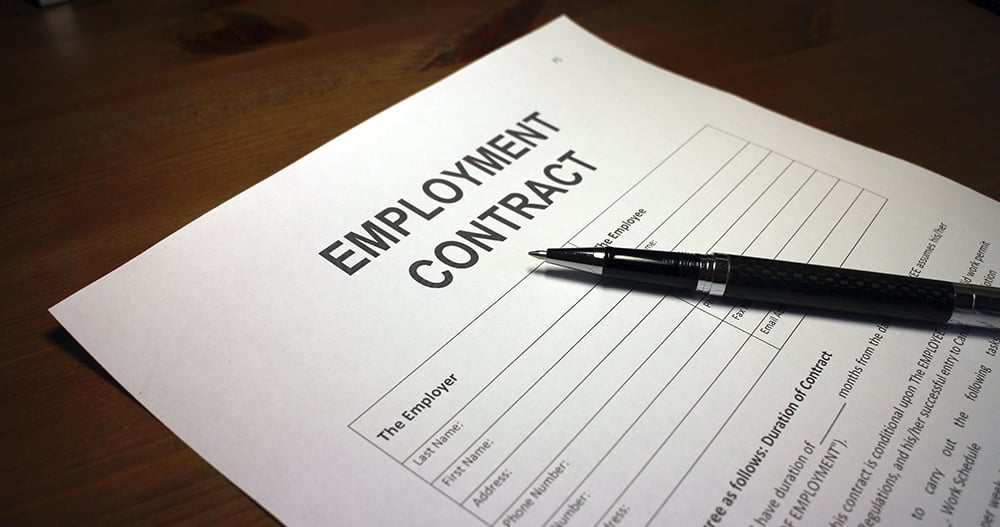 Starting a new job can be overwhelming: learning your colleagues’ names, getting settled into your new role, filling out numerous administrative forms, and finding the closest (and best) coffee shop!

So it’s understandable that you can easily overlook some of the details, such as the fine print in your employment contract.

In the event you are terminated, does your contract act in your best interest? Is the termination clause clear and unambiguous, and therefore enforceable?

A recent case, Amberber v. IBM Canada Limited, illustrates the importance of thoroughly reviewing your employment contract, or having someone with expertise review it for you.

Noah Amberber was employed by Team Detroit, where he worked since December 2000. Team Detroit was acquired by IBM in March 2015. At that time, Noah signed an offer of employment with IBM.

In April 2016, Noah received notice that, in order to reduce costs, his employment would be terminated in July of that year. The termination package offered to him was a combination of working notice and pay in lieu thereof totalling 29 weeks and three days.

Noah disputed this amount, arguing that IBM had failed to comply with the termination clause in his offer of employment and that he was actually entitled to 31 weeks.

The issue was whether the termination clause in IBM’s employment offer was enforceable.

The clause itself read as follows:

Noah argued that this clause essentially denied his entitlement to statutory severance pay, as required by Ontario’s Employment Standards Act, and for this reason it was void and therefore unenforceable.

Justice Hebner stated that this was not the case. The termination clause included a failsafe provision, which guaranteed that IBM will match the entitlements of provincial employment standards legislation if they are superior.

Justice Hebner also noted that although it appeared that IBM did breach the contract by not paying Noah the 31 weeks to which he was entitled, there was no evidence that it was intentional. And as soon as the company realised the discrepancy, albeit after Noah had already filed his Statement of Claim, it arranged for the appropriate compensation to be deposited into Noah’s account.

That said, despite the above findings, Justice Hebner concluded that the clause was ambiguous. Given the wording, it was not clear whether the inclusive payment provision portion of the clause – which reads: “[T]his payment includes any and all termination notice pay, and severance payments you may be entitled to under provincial employment standards legislation and common law.” – was meant to apply to the failsafe provision. Therefore, the clause was not enforceable.

She ordered that the issues of reasonable notice and damages proceed to trial.

Courts have traditionally been strict on the interpretation of termination clauses found in employment contracts, and this case is another reminder for employers to pay careful attention to the wording of these clauses in order to avoid confusion and ambiguity. Although this case indicates that a payment error may be fixed within a reasonable period of time, and that an Employment Standards Act failsafe may rescue an otherwise inadequate termination provision, clauses containing “inclusive payment provision” statements must be clear and unambiguous in order to be enforceable.

Employees, meanwhile, are urged to review their contracts carefully at the commencement of employment, or when they are signing a new contract. Ideally, you should have an employment lawyer review it for you. After all, even large multi-national tech companies can sometimes make mistakes!