‘Twas The Night Before Christmas: The Dos and Don’ts of Holiday Work Parties 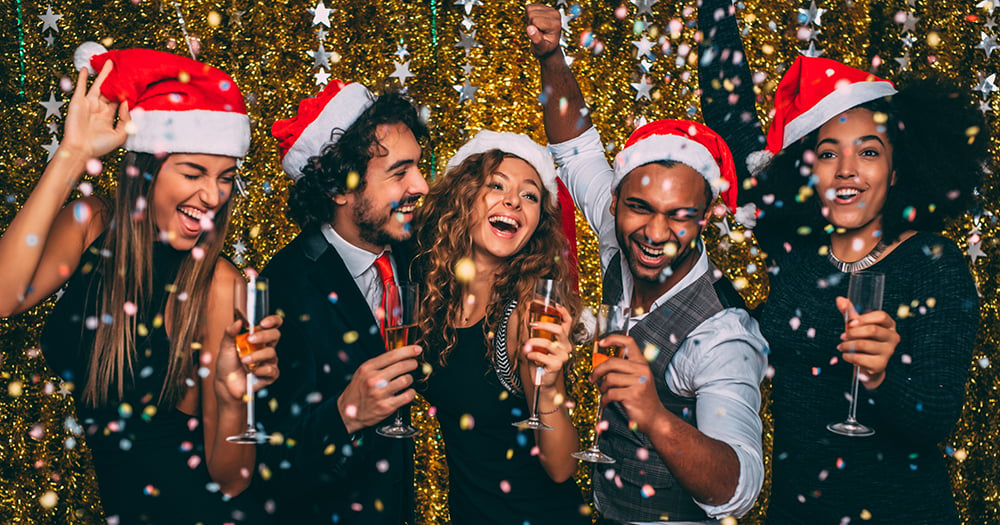 As that time of year rolls around again, and planning for work holiday parties start ramping up, we thought it would be helpful to remind you of ways to avoid mishaps at end of the year celebrations.

These celebrations come in all shapes and sizes: afternoon teas, gift exchanges, ugly sweater competitions, Christmas caroling, dinner, dancing – the possibilities are endless. Unfortunately, so too are the possibilities for things to go wrong.

Alcohol features prominently at many holiday parties, and although the holiday cheer may seem that much more mirthful under eggnog’s guiding hand, employers may want to reign in their generosity this holiday season. There are many possible repercussions for over-serving and over-consuming at holiday parties, and employers should be aware of the risks associated with going too far.

For example, companies have commonly been the subject of litigation when it comes to alcohol consumption at workplace functions. In one case, Jacobsen v Nike Canada Ltd., a company that hosted an after-work event where beer was provided was held 75% responsible when an employee who consumed 8 beers in three hours was seriously injured in a car accident. The fact that the employer provided the beer and did not monitor employee consumption informed the Court’s reasons.

Employers should similarly be aware that there are many cases involving harassment and sexual harassment where alcohol is served freely at holiday gatherings. As most companies have policies on these issues to begin with, employers should remember that a holiday celebration does not reduce their responsibility to protect employees from such behaviour and enforce their safe-working policies and procedures.

There are a number of ways that employers can reduce the likelihood of an intoxicated employee driving under the influence of alcohol or harassing co-workers at a holiday celebration:

Employees: don’t take a year of frustration out on your boss

Although the holidays are a season of giving, there are many things that one should keep to themselves at a holiday work party. In one case involving a company Christmas party, Cadillac Fairview Corp. and I.U.O.E., Local 796, Re, (17 C.L.A.S. 35), an employee got into what initially appeared to be a harmless though contentious discussion with a member of management. When the manager left his table, the employer followed him across the room and punched him in the jaw, much to the surprise of his on-looking co-workers.

Although the employee was successful in reducing his 21-day suspension to 10 days at arbitration, the surprise gift delivered to his boss at the Christmas party was clearly not in accordance with the season’s true spirit of giving. Employees should remember that there can be very real repercussions for their behaviour at holiday work parties, whether held at your workplace or offsite, like in this example.

The employer may have reduced the chances of such an event happening by following the suggestions above in the “Don’t over-serve” category; however, the employee here clearly could have benefitted from some restraint. Employees, keep in mind that a holiday work party is no place to solve contentious workplace issues – save that for your Human Resources Department in the New Year.

It is commonplace in today’s society to take photographs and share them online, particularly at a celebration. However, employees should always keep in mind that your company has a reputation to uphold, and that they may intervene if any inappropriate language or photographs are posted online. It is very common for companies to have social media policies, and just because you are at a party does not mean your obligations to your employer get the night off too. Think before you post!

There are many reasons to provide a holiday party for your employees, such as team building and a reward for a year of hard work. Although it would be good advice to all employers to strongly reconsider cancelling any holiday party on these grounds alone, there is at least one labour arbitration case out there suggesting another reason: cancelling the party may constitute union hostility.

In London & District Building Service Workers’ Union, Local 220 v Komoka Nursing Homes Ltd. (1973, OLRB Rep. 193), an employee was terminated very soon after a representation vote wherein a union obtained a majority. When asked by a manager how she voted, the terminated employee stated that if she wanted to share with others how she voted, she would have voted in front of them. The grievor asserted that in the context of that discussion, there was an inference that she voted in favour of the union. The employer, unhappy with her answer, responded by taking away two of the employees’ most coveted employment benefits: a record player in the break room, and the company Christmas party.

A message to employers – never underestimate the power of the holiday work party!

If you have more questions about holiday work parties, contact our Employment Law Group.