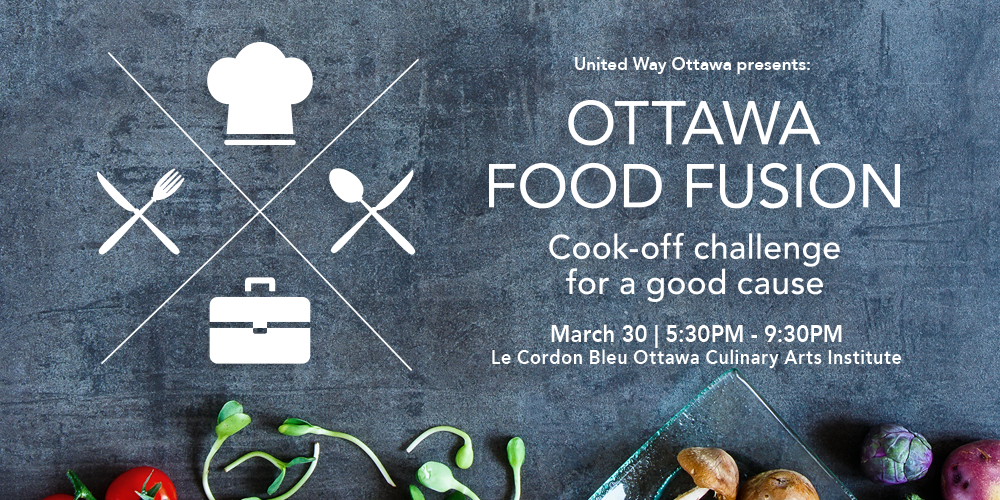 On Thursday, March 30th, The United Way Ottawa hosted the first annual Ottawa Food Fusion event. Nelligan O’Brien Payne was proud to be the presenting sponsor for this inaugural event which brought together professionals from around the city to compete in a cook-off challenge at Le Cordon Bleu Ottawa Culinary Arts Institute, in support of the United Way Ottawa.

Law firms BLG, Gowlings WLG and global communications marketing firm Edelman, among others, competed alongside two Nelligan O’Brien Payne teams in this culinary challenge. Local chefs got on board and volunteered their time to mentor each team in the creation of their dish. Ottawa chefs included Jesse Bell of The Albion Rooms, culinary consultant Ilan Dagan, Kyle Fewtrell of Tulips & Maple Catering, Jon Svazas of Fauna, Bar Laurel, Joe Thottungal of Coconut Lagoon, and Julie Vachon of Le Cordon Bleu. The teams had the opportunity to practice their skills with their mentors prior to the event on Thursday evening. During the Food Fusion cook-off, each team’s completed dish was presented to 120 VIPs from the Ottawa community who voted on the winning masterpiece. Congratulations to Gowlings WLG and Chef Joe Thottungal of Coconut Lagoon who won the competition with their appetizer of seared duck with butternut squash mash, blackberry chutney, beet slaw and sago crisp.

The First Annual Ottawa Food Fusion event raised over $18,000.00, well above the $15,000.00 goal that was intended for the event. According to Michael Allen, President and CEO of the United Way, that amount of success for a first year charitable event is uncommon.

Food Fusion would have never come to fruition without dedicated volunteers such as Nelligan O’Brien Payne partner, Craig O’Brien, who was the co-chairperson of the three person organizing committee. Craig says, “Food Fusion’s success was due in no small measure to the team(s) at Nelligan O’Brien Payne [who] did a wonderful job raising money, “cheffing”, and networking”.

To read more and watch a video about the event, click here for an article written by the Ottawa Business Journal.

If you would like to learn more about how Nelligan O’Brien Payne supports our community, visit the Supporting Our Community page. 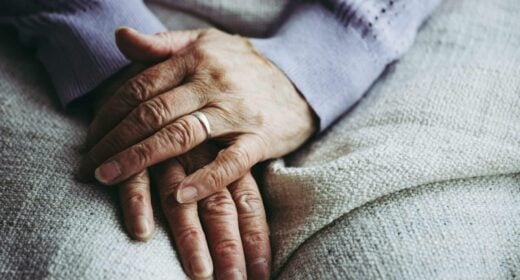 Today is World Elder Abuse Awareness Day (WEAAD), a time to recognize a global social issue that affects the health and human rights of millions of older persons around the world. Communities around the world use this day to raise the visibility of elder abuse, by sharing information about abuse and neglect and promoting the resources and services that increase seniors’ safety and well-being. Lawyers and staff at Nelligan O’Brien Payne wore purple today in recognition of World Elder Abuse Awareness Day.
Read More >