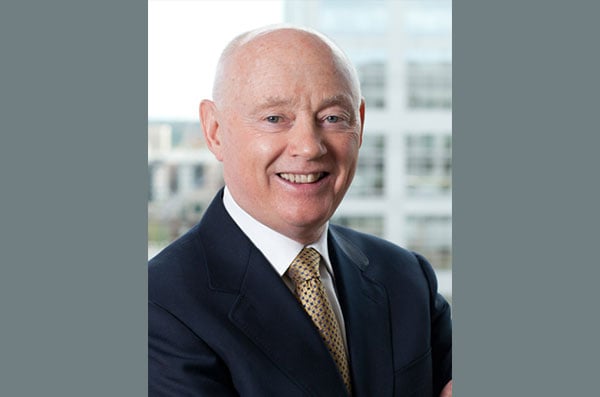 To view our memorial page dedicated to Al with tributes, memories, and photos, click here.

It is with great sadness that the partners and staff of Nelligan Law announce the passing of our beloved partner, Al O’Brien.

Allan Rodney O’Brien, loving husband to Gail O’Brien, father of Scott (married to Payal), Craig (married to Alecia), and Lauren O’Brien, died peacefully with Gail by his side on Sunday, April 4, 2021 at the age of 75, following a long battle with Multiple Myeloma.

Al joined our firm as an articling student, returning after his call to the Bar in 1975 to work with John Nelligan.  He has been part of the heart and soul of our firm ever since and always a willing mentor and source of support to the lawyers who followed him at the firm.  Al was an active member of the CCLA and The Advocates’ Society throughout his career.  In 2005 he became a Fellow of the American College of Trial Lawyers.

Al was an advocate and a trusted advisor to his very core. As a lawyer, he earned the reputation for utmost professionalism and worked tirelessly to advance the interests of his clients. He was often called upon to deal with the most complex or difficult of matters and did so with wisdom, wit, and grace. Even as his illness limited his ability to actively practice, Al remained engaged. His clients’ interests were always close to his heart. Al believed in the law as a force for good, and felt it a privilege to represent and assist his clients through their most difficult times.

Al’s immense intellect was often masked by his humility. Though he was one of the most powerful and sought-after counsel in Ottawa, he had an innate empathy for everyone he met. He gave the same respect to a janitor that he would a Judge. Respect is owed by virtue of someone’s humanity, not their station in life.

There was a wisdom about Al that was hard to miss. He loved to tell his children and grandchildren stories of his upbringing on a farm near Alexandria, Ontario. Always funny and engaging, Al’s stories taught profound lessons about how to live an honourable life. Indeed one of his favourite activities was to spin a yarn to a rapt set of family, friends, or colleagues. His stories will be greatly missed.

Al’s pride in his grandchildren Dhara and Siersha (Scott), Evan, Chloe, and Sophie (Craig), and Brody (Lauren) was joyous and intense. He always made time for them, loved their cuddles, and took great delight in participating in their adventures.

A proud alumnus and teacher at Glengarry District High School, St. Pat’s College and the University of Ottawa faculty of Law, Al maintained his friendships of youth throughout his life. Lac Heney, Quebec, became Al’s oasis and held a special place in his heart. He loved puttering about, maintaining the grounds, chatting with neighbours over a beverage or campfire.  It was a place of peace, calm, friendship and family.

In lieu of flowers, the family asks that you consider making a donation to research into treatments for Multiple Myeloma, or to Orkidstra. A Celebration of Life for Al will be held when COVID-19 is over. Until then, to honour Al, we ask that you love each other and make time for a good story. Al’s story is one of the greats.