All Worked Up Episode 30 – Rights When Under the Weather

Folks, cold and flu season is officially in full swing, which means employees are using up their sick days left right and centre. In Episode 31, Jill and Dana talk all about employee rights and employer responsibilities when it comes to being sick in the workplace. Our hosts discuss sick days, accommodation, doctor’s notes, absenteeism and how the usage of sick days has shifted with many businesses moving to hybrid and remote office models.

Dana DuPerron: Welcome to All Worked Up, the podcast where two employment lawyers break down real-life workplace issues that affect real people.

Jill Lewis: And we’re super excited to bring you this podcast aimed at making employment issues interesting, accessible for employees and employers. Welcome to All Worked Up. I’m Jill.

Jill Lewis: Dana, what’s got you all worked up today?

Dana DuPerron: Know what, I’ve been so sick lately.

Jill Lewis: Boo, you are.

Dana DuPerron: [Laughs] Back now. No. What’s got me all worked up is what happens in the workplace when you’re sick, and what are your rights and entitlements when you have a cold?

Dana DuPerron: It’s cold and flu season. Everyone’s telling us, “It’s going to be a bad year.” We know. There’s going to be lots of people sort of knocked out by colds and flus and stuff. What are your rights and entitlements?

Jill Lewis: So, what are they?

Dana DuPerron: Good question. So, starting from the top, we know, and we’ve discussed this before, that an employer cannot discriminate against you on the basis of disability. That’s one of the protected grounds under the Human Rights Code. Human Rights Tribunal and human rights legislation or human rights case law has said that a cold or flu that’s transient, an illness like that, is not a disability. So, could you get fired if you are sick?

Dana DuPerron: Yes, not for cause. It’s not going be cause.

Jill Lewis: No, you’ll get a package. Come see us. We’ll go through it.

Dana DuPerron: But yes, so you’re not protected if you’re sick with a cold. If you are someone who is immunocompromised and because of that gets cold after cold after cold, that’s different. Immunocompromising condition would be generally a disability that’s protected by the code, and you couldn’t be discriminated against because of that. But what happens? So, you’re sick. Are you entitled to time off?

Jill Lewis: Well, I mean, depending on the policy at your work, I mean, so we were just saying you’re entitled to three days under the Employment Standards Act.

Jill Lewis: Unpaid sick days. Let’s not forget like one of the first things Doug Ford did when he got into power was slashed any –

Dana DuPerron: What was it? How many paid sick days was it before? I can’t remember.

Jill Lewis: I think it was like three paid if I remember.

Dana DuPerron: Yes, and it’s not a huge entitlement no matter what under the Employment Standards Act. A lot of workplaces have paid sick leave.

Jill Lewis: Yes, and that ranges, whatever, five days, six days, whatever it is.

Jill Lewis: I was just going to say didn’t the – was that pre-COVID that they put a –

Dana DuPerron: It was during COVID.

Dana DuPerron: It wasn’t long ago. They probably said it pre-COVID, too. They’ve probably been saying it like, “We don’t need to see people –

Dana DuPerron: – in our office who have a cold and can’t work.”

Dana DuPerron: If you’re sick on Monday, that’s like a riddle is bringing you a note. What about Wednesday? You’re fine.

Dana DuPerron: What about Fridays?

Jill Lewis: I think maybe Friday too. The idea was that people would take advantage of those sick days. That just gives that employee the sense that you don’t trust them. Like, we constantly talk about morale. Like it always comes back to legally, can you ask for a sick note? Of course, you can. Should you always, though? Just because you legally can, that doesn’t mean that you should just for morale reasons.

Dana DuPerron: Again, as an employer, you could be wading into dangerous territory if you’re asking for a – you want to be consistent in how you apply that policy across the board because if you’re like – again, we’ve said it before, people with children must be just taking care of their kids if they’re alleging they’re sick. Give me a note, and everybody else is fine. Or person who’s been taking a lot like who’s had more time, and you might need a sick note from, and that could be justified. There could be absenteeism management and stuff where someone’s been sick, and you’re saying, “At this point we need to know if you have some disability that requires accommodation.”

Which again, you don’t get to know the actual disability, but if you have a condition, not knowing the condition, but something that we have to accommodate how can we accommodate you. This may be something that proves to be less of an issue with working from home. How many times have you been, especially these days, nobody wants you in an office if you’re like blow and like rubbing your nose. People are like, “Yes, get out of here.” “I don’t want to have to keep my kids home from school. Don’t give that to me.” But too sick to go into the office or to like get dressed, but you can sit at your computer and do work in sweats, so you might not need to take the sick time, but you can work from home. That could be where this works out really well, but if you’re sick.

Jill Lewis: And I think things have shifted on the idea of taking sick leave or sorry, not sick leave but like sick days where it used to be like you would be rewarded if you didn’t take any of your sick days, or you would just see employees, Janice Payne, walk into the office so sick. That woman will not stop working.

Jill Lewis: She started to come in. Oh, no.

Dana DuPerron: – being in the office sweating and like –

Jill Lewis: You too, though. I remember you would be in the office, and I used to tell you, “Go home. Why don’t you go home?” And it was just like, “I can’t.” You were sweating. You were like delusional and feverish. You’re like, “I can’t take a sick day.”

Dana DuPerron: So hard a worker.

Jill Lewis: Do you remember in school people would actually like – there’d be an assembly at my school and people were given these like awards for being – and there were always a few people that were getting awards for not taking sick days. It was just something ingrained in us that was like taking a sick day equals like lazy.

Jill Lewis: It didn’t make any sense. The more sick individuals you have in your workplace, the more sick individuals you’re going to have in your workplace. You’re just going to spread and everybody’s going to get sick. So, I think hopefully that employers have a little bit more trust now for employees to recognize when you’re not feeling well, stay home, work from home if you can. And then you have your sick days that you can use. If you don’t have a policy, you’ve got three days, but it’s unpaid. What do you do though if you’ve used up all your sick days, which is certainly going to happen? I mean, people are getting really sick now that we’re sort of post-COVID, what would you do in that situation? You can access EI sick benefits only if – no, right?

Dana DuPerron: I mean, that’s going to be tricky too if it’s not sort of an extended illness to even bother getting the application in.

Jill Lewis: I guess you talk to your employer really and see if the employer is just going to be flexible.

Dana DuPerron: You also have short-term disability, but there’s usually a waiting period for that, that you might not have access – you might not have access to it beyond the waiting period if you’re not that sick. You’ve got like series of bad colds, and we talk about this because it’s what we know, but like parents of young kids, especially kids who are just starting daycare, and they come home, and you’re sick for like months, and it’s horrible and everybody’s sick, and it’s just like rotating sickness. How do you deal with that? That’s a case where it could be discriminatory to terminate someone for all the leaves.

We could be looking at a family status sort of thing, so talk to someone if you’re ever in this situation, moral of that story being, but in a workplace that has paid sick days, and you’ve used all your sick days, and you’re sick, your employer very likely might say take the time, but it’ll be unpaid. If you’re somewhere that doesn’t have paid sick leave, and you’ve used your three days of unpaid sick leave already under the ESA, the employer’s probably going to say – like if you’re sick with a cold, you’re an otherwise good employee, just take more time unpaid. It doesn’t make sense to be like, “Well, you’ve used your time so that’s it,” like great employee.

Jill Lewis: Yes, exactly, and there’s just like this sort of war on talent and things like that. I can’t imagine, but I mean, could an employer say, “Sorry, if you don’t come in tomorrow, you’ve abandoned your job.”

Jill Lewis: Yes, so if you’re an employer thinking in a situation like that, talk to a lawyer.

Dana DuPerron: And there’s all kinds of absentee management things you can do, like if it is someone – if you have these concerns like that someone is abusing it or that someone has been sick and off a lot, there are plans that you can discuss or getting doctor’s notes that type of thing but discuss with someone first because it’s really easy to screw that up.

Dana DuPerron: And it can completely destroy the relationship if it’s mishandled, so from an employee standpoint, if you’re having any trouble, if it’s an issue, talk to someone. And from an employer standpoint, if you do have someone who’s you think might be taking advantage of paid sick leave or who you’re just having trouble with because you need to get a job done too. And if someone can’t be there, that can be a challenge. Talk to someone about how to manage that because we’re getting into that time of year.

Jill Lewis: Thanks for listening.

Dana DuPerron: Tune in next week if we’re here [laughs]. Just kidding, we will be. 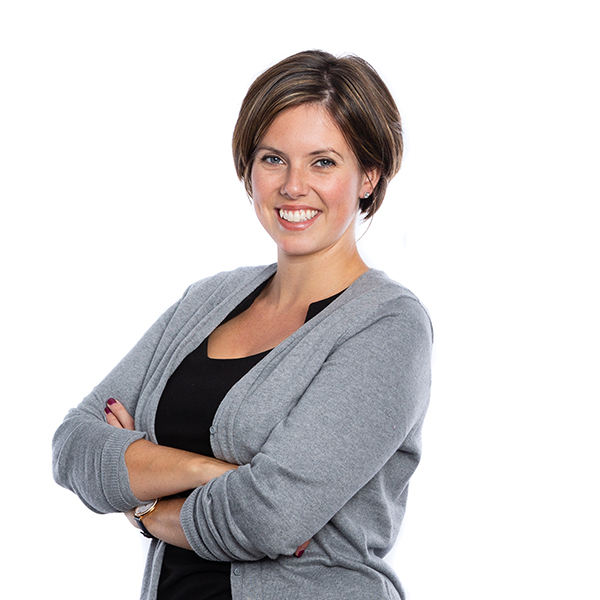