The Supreme Court of Canada has, on many occasions, affirmed the primacy of the pragmatic and functional approach as the method to conduct the preliminary step of determining the standard of review in judicial review or an appeal of any administrative decision. For example, in Voice Construction v. Construction and General Workers' Union, [2004] 1 S.C.R. 609, the court criticized lower courts for their failure to apply the pragmatic and functional approach as a preliminary step in any judicial review proceeding. In Dr. Q. v. College of Physicians and Surgeons of British Columbia, [2003] 1 S.C.R. 226, the court confirmed the primacy of the pragmatic and functional approach, stating also that it is not sufficient "merely to identify a categorical or nominate error, such as bad faith, error on collateral or preliminary matters, ulterior or improper purpose, no evidence, or the consideration of an irrelevant factor."

However, instead of applying the pragmatic and functional approach, the court stated the following:

"Applications for judicial review of administrative decisions rendered pursuant to the Immigration Act are subject to s. 18.1 of the Federal Court Act. Paragraphs (c) and (d) of s. 18.1(4), in particular, allow the court to grant relief if the federal commission erred in law or based its decision on an erroneous finding of fact. Under these provisions, questions of law are reviewable on a standard of correctness."

For those lawyers who do not keep a copy of the annotated Federal Court Practice by their bedside, section 18.1 of the Federal Court Act governs the jurisdiction of the Federal Court to grant relief on an application for judicial review. Section 18.1(4) of the Act then sets out the grounds of review. For example, the Federal Court may grant relief if it is satisfied that a federal board acted without jurisdiction (s. 18.1(4)(a)), erred in law (s. 18.1(4)(c)) or based its decision on an erroneous finding of fact made in a perverse or capricious manner (s.18.1(4)(d)). For years, however, both the Federal Court and the Supreme Court have been applying the pragmatic and functional approach to determine standard of review – they have not limited their analysis to categorize the nature of the error alleged, and determining the standard of review solely according to the wording of s. 18.1(4) of the Act. Yet, surprisingly, that is exactly what the Supreme Court of Canada has done in Mugesera.

To date, the Federal Court is divided on whether Mugesera means that it should abandon the pragmatic and functional approach in favour of determining the standard of review by identifying and categorizing the error alleged. In some cases, the court has not cited Mugesera and continued to apply the pragmatic and functional approach: see, for example, Ontario Harness Horse Assn. v. Canadian Pari-Mutuel Agency, [2005] F.C.J. No. 1603. In one case, the court applied Mugesera without comment, simply stating that questions of law are reviewable on a standard of correctness: Yaari v. Canada (Attorney General), [2005 F.C.J. No. 1662. (In fairness, the parties in that case had agreed on the standard of review prior to the hearing.)

One decision has commented on the problems in reconciling Mugesera with the pragmatic and functional approach. In Heppel v. Canada (Customs and Revenue Agency), [2005] F.C.J. No. 1622,

Justice Sean Harrington heard an application for judicial review of an adjudicator appointed under the Public Service Staff Relations Act (now Public Service Labour Relations Act). Justice Harrington discussed the appropriate standard ofreview at length, and concluded that the adjudicator only needed to be reasonable in his interpretation of the collective agreement at issue. However, in the course of his reasons, Justice Harrington commented on Mugesera and indicated a willingness to limit its application to decisions of the Immigration and Refugee Board.

One might wonder if the Supreme Court has signalled a change of approach to judicial reviews by the Federal Court on errors of law because of the express language of section 18.1(4)(c). If so, one would have thought that an explanation would have been provided. On the other hand, it may be that the broad language of paragraph 37 in Mugesera, supra must be considered in context. The Federal Court was reviewing a decision of the Immigration and Refugee Board. It has been well established that the court owes that Board no deference on questions of law.

In short, it is too early to tell whether Mugesera means the end of the pragmatic and functional approach in Federal Court.

I will conclude by making one final comment, and that concerns British Columbia's Administrative Tribunals Act. That Act codifies the standard of review for tribunals in that province (see article on page 16), depending upon whether it is protected by a privative clause, and the nature of the issue before the Tribunal. To the extent that there was a concern that the Administrative Tribunals Act would be ignored in favour of applying the pragmatic and functional approach, the Supreme Court's decision in Mugesera indicates that the court will defer to a legislature's expressed choice concerning standard of review.

[This article is reprinted with permission and first appeared in the April 2004 issue of The Lawyers Weekly.] 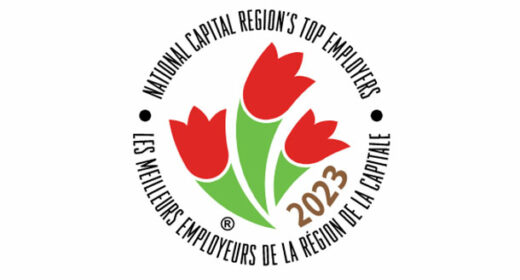 National Capital Region’s Top Employers We are thrilled to announce that Nelligan Law has been recognized as one of the[...]
Read More >