When to End Your Fiscal Year

While many business owners are under the impression that year end must fall on the same date every year, this is not the case. Some companies may prefer the fiscal year to run on a weekly basis as opposed to a monthly basis which is most common.

For example, a retail store that closes every weekend may wish to have their year end fall on a Friday every year so the inventory count can be done relatively easily on the weekend when nothing is moving. This means the company's reporting period would be 52 or 53 weeks as opposed to 12 months.

There are tax deferral opportunities for an owner-managed business depending on when the business' year end falls. CRA mandates that all individuals must report their personal income tax information using a December 31 year end. CRA also allows a business up to 180 days after the company’s year end to actually pay out a management bonus. This allows the company to claim a tax deduction for a management bonus expense in one year, and if the year end date is set late enough the owner does not have to claim the income from the bonus until the following tax year.

Suppose you own/manage a company which has a year end of October 31, 2011 and declares a management bonus of $40,000. The bonus will be a tax deductible expense for the company in the 2011 fiscal year. Since CRA allows 180 days to pay the bonus, you can now wait until April 2012 before actually taking the money out of the company. You would then be able to claim the income on your 2012 income tax return, essentially deferring the payment of the tax owing on the $40,000.

The other tax implication of a year end date is the SRED (Scientific Research and Experimental Development) return. This is particularly important to start-up tech companies who rely on this tax credit a source of cash flow every year. Since the most common date for year end is December 31, choosing a December 31 year end means your SRED return will have a longer processing time. Choosing a year end in the summer or fall months will allow your business to access the cash from the SRED credit sooner as CRA will likely have a shorter turnaround time.

Year end audit or accounting work is another very important factor to consider when choosing a year end date. It is well known that public accounting firms have their busiest time of the year from January – April, as this is when audits for companies with a December 31 year end take place, as well as tax work for individuals who must file their T1s by April 30.

This can have a few implications for a company with a December 31 year end. First of all if your accountants are in the middle of their busiest time of year, completing your year end work may be delayed at points as professional accountants will have many other deadlines to meet. Also staff at accounting firms will be stretched thin, meaning your company might have a lower level staff member performing the work. This increases the possibility of the work being rushed or not properly reviewed with the considerable workload accountants face during that period. Lastly, you can be certain that a public accounting firm will charge their highest rate during the first half of the year, as shortage of work is never a concern. Having the work done in the second half of the year means your accountant may be willing to take on the work at a reduced rate.

This is perhaps the most important consideration when deciding on a year end date. You should consider all stakeholders and whether your year end date will affect them at all, and also be mindful of your own business needs.

Seasonal businesses should also consider having year end at a strategic date where business has slowed down somewhat. For instance a landscaping company isn’t likely to have much business during the winter months, so a December 31 year end might make sense. Alternatively a snow removal company would benefit from having year end in April.

Sole-proprietorships, professional corporations and partnerships are also permitted to have a year end date other than December 31, provided that they fill out form T1139.

Changing year end dates for a going concern is a little more complicated. CRA requires that there be a legitimate business purpose for making the change, such as aligning year end dates with a parent company, or to offset workload for a seasonal business. This link provides more information with respect to the acceptable reasons for changing your year end date, as well as directions how to change it.

In conclusion, the date chosen for year end, while often overlooked, can provide real benefit to a company based on the factors discussed. For this reason it is important that it be carefully chosen upon incorporation. 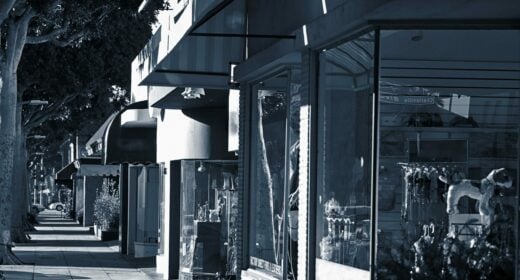