In August of 2013, Maclean’s magazine reported that more than 19 million Canadians were logging onto Facebook at least once every month, and 14 million checked their newsfeed every day.

Canadians’ love of Facebook has important implications for personal injury cases. Individuals who have been injured in a car accident, or who have any other type of personal injury claim, are therefore encouraged to be cautious with respect to their use of social media.

In Ontario, a plaintiff is not normally required to produce the contents of his/her private Facebook account. If there are pictures or other communications on a plaintiff’s public Facebook page that are relevant to the action, it is sometimes possible to infer that there is relevant information contained in the private forum (see for example Leduc v. Roman). The simple fact that the plaintiff has a Facebook account is insufficient to require the production of private Facebook pages. It is incumbent upon the party seeking production to put forward concrete evidence that there is relevant information contained within the private profile that should be produced in the litigation (see Schuster v. Royal & SunAlliance Insurance Co. of Canada).

However, it is a different thing altogether for Public Facebook profiles.

Sarah’s story (in Tambosso v. Holmes) is a cautionary tale. Sarah was a personal injury plaintiff who suffered a traumatic brain injury, and who also suffered from psychological injuries, including post-traumatic stress disorder and depression.

Although Sarah’s case took place in British Columbia, a similar finding could have been reached in Ontario (provided that Sarah’s Facebook profile was public).

Sarah was largely shut out of her claim for significant damages, including damages for future loss of income.

The court found that Sarah was not a credible witness, in part because of the admission of one hundred and ninety-four pages of entries from her Facebook page posted over a four-year period following Sarah’s first accident.

Sarah testified that as a result of her accidents she was a “depressed, lethargic, forgetful, unmotivated woman” who could not work, had friends only on the Internet, and whose life “sucked”.

Sarah’s lawyer argued that people posting the events of their life on social media tend to post positive events and activities to portray themselves as “social”, and generally avoid posting negative thoughts.

Nevertheless, based on the Facebook evidence, the Trial Judge concluded that Sarah had “a very active social life following the 2008 and 2010 accidents” that was “completely inconsistent” with the evidence that Sarah gave at trial. The Judge awarded only $36,000 in damages.

If you have been injured in an accident, we encourage you to contact our Ottawa Personal Injury Group to find out about how to protect your rights, including how to best manage your social media presence post-accident. 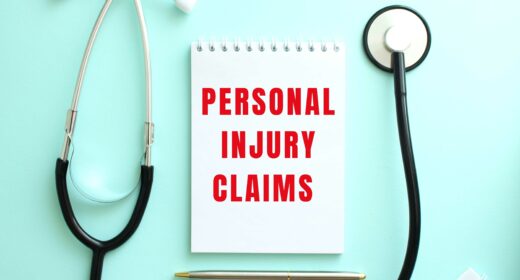 Personal Injury Lawsuits: How Much Will I Get?

When I meet with a personal injury client for the first time, the question I hear most often is: "Thanks for meeting with me, but how much money am I going to get?" Although I can provide you a range of expected damages early in your case, I cannot assess your damages until we consult an expert to provide me with an opinion as to your prognosis and needs.
Read More >