Black Canadians in Law: A Timeline 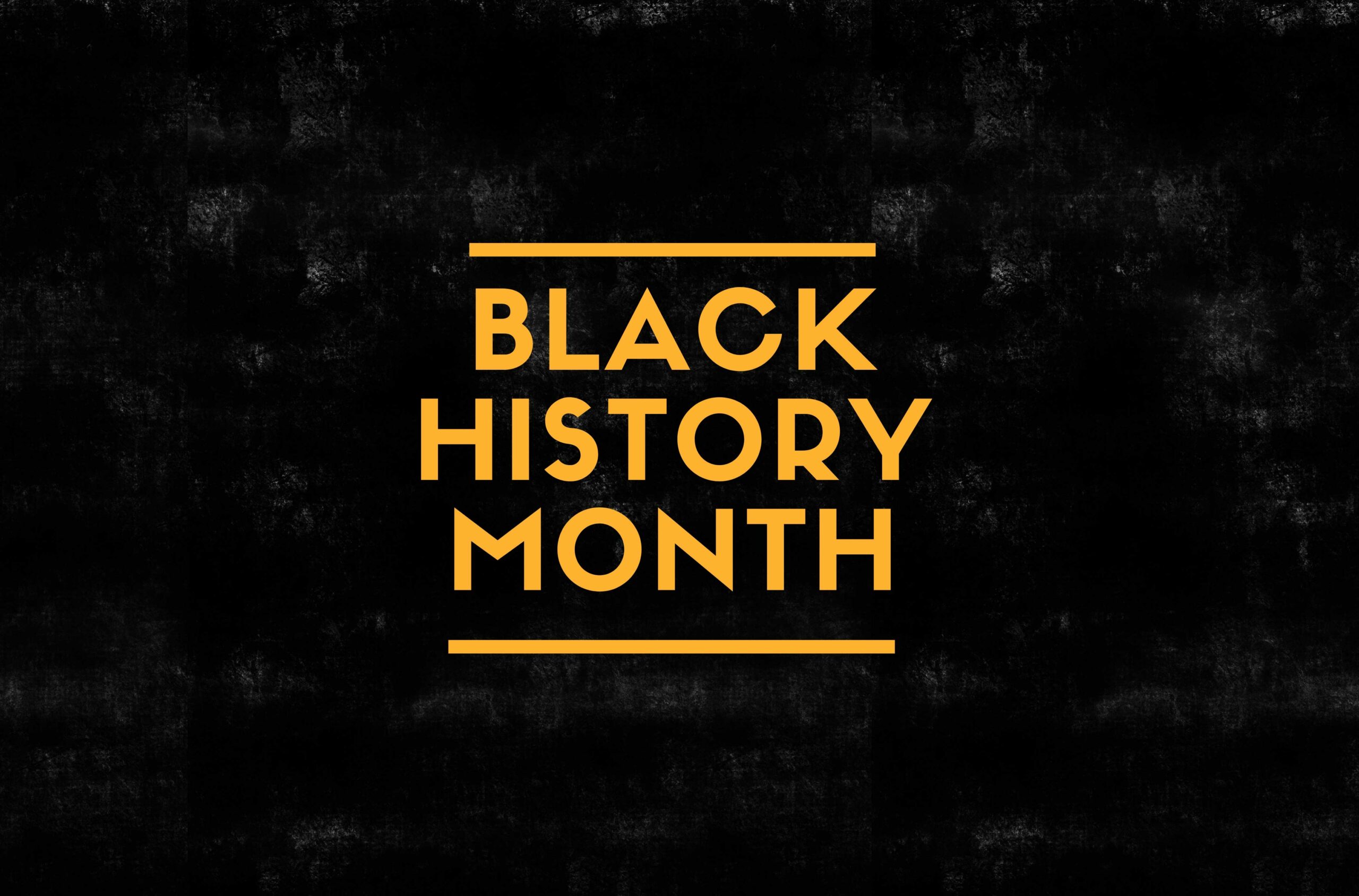 To celebrate Black History month, Nelligan Law has put together a timeline highlighting a few of the many trailblazers who helped shape Canada’s cultural and legal landscape, and some of the milestones and significant decisions impacting Black rights in Canada.

Although Black History month is a chance to reflect on the strides made, it is also an opportunity to reflect on the work ahead of us in the fight against systemic racism and injustice. Nelligan Law strives to be part of that change.

Upper Canada introduces The Act to Limit Slavery in Canada

In 1793, the Lieutenant Governor of Upper Canada introduced An Act to Prevent the further Introduction of Slaves and to limit the Term of Contracts for Servitude (the “Act to Limit Slavery in Upper Canada”). The legislature initially opposed the Bill, as many members themselves owned slaves. The Act was ultimately assented to in modified form. While the Act banned the importation of slaves into Upper Canada, it did not outlaw the sale of slaves to the United States. Further, existing slaves were not freed, but their children were freed once they reached age 25. Source

Lucie and Thornton Blackburn escaped from the slave market in Kentucky before settling in Detroit in 1831. Slave catchers attempted to bring them back to Kentucky, culminating in Detroit’s “Blackburn Riots” of 1833. They escaped to Canada. The Lieutenant Governor of Upper Canada refused to extradite the Blackburns to the US, where they would once again be sold into slavery. The Blackburns settled in Toronto, where they founded Toronto’s first taxi company. Source

The Slavery Abolition Action was passed in 1833, which abolished slavery in the colonies (effective August 1, 1834).

As Sutherland was born in Jamaica, Abraham Beverley Walker was the first Canadian-born Black lawyer in Canada. He was called to the New Brunswick bar in 1882. Unfortunately, racism unjustly stymied Walker’s career. He was not appointed to the Queen’s Counsel, which recognized lawyers’ contributions to the legal profession, because he was Black. Source

Viola Desmond saw a film in Nova Scotia. Unaware that the movie theatre was segregated, she chose a seat reserved for white moviegoers. She was forcibly removed from the theatre after refusing to move. While Nova Scotia did not officially enforce segregation, local businesses often had their own “unofficial” rules in place. The government used its official laws to penalize Desmond for breaking these unofficial rules. Desmond was convicted of tax evasion for failing to pay the full tax on her seat ticket. The difference amounted to a single cent. Desmond unsuccessfully appealed her conviction to the Supreme Court of Nova Scotia. In 2010, the Lieutenant Governor of Nova Scotia posthumously pardoned Desmond. In 2018, she became the first Black person, and Canadian woman, to appear on Canadian currency (the $10 bill). Source

The Act declared that “no one can deny to any persons or class of persons the accommodation, services or facilities usually available to members of the public.” The Act was a milestone in Ontario, as it made business practices which discriminated against persons based on “race, creed, colour, nationality, ancestry or place of origin” illegal. It also outlawed discriminatory newspaper publications, discriminatory radio speech, and the display of discriminatory signs on storefronts. Source

King practiced law in Calgary before moving to Ottawa to work for the Department of Citizenship and Immigration. King often spoke about racism and about the importance of race and gender equality. King famously said, “people told me it wasn’t a good idea for a girl to be a lawyer, particularly a coloured girl — so I went ahead.” Source

Leonard Braithwaite was the first Black person to be elected to a provincial legislature (Ontario), and helped shut down Ontario’s segregated schools

Ontario enacted the Common Schools Act in 1850, which enabled local school boards to establish segregated schools. Ontario and Nova Scotia were the only provinces to enact such legislation. Ontario’s last segregated school, S.S. #1, did not close for more than 100 years after it enacted this legislation, in 1965. Braithwaite was instrumental in shutting down segregated schools in Ontario. In his first speech to the legislature, Braithwaite spoke out against racial segregation. Soon after, the Ontario government repealed the Common Schools Act (1850). Source

As a Black judge, Justice Charles was evaluated more critically than other judges. He was not afraid to criticize the police and paved the way for other Black legal professionals. As journalist Ron Fanfair wrote, “28 Black judges have been appointed to the Bench since Charles broke the colour barrier 44 years ago.” Source

Born into poverty in Montreal in 1925, Peterson is revered as one of the greatest jazz pianists of all time. Peterson experienced racism while performing across the world, especially in the southern United States. Peterson received many accolades, including seven Grammy Awards (including the Lifetime Achievement Grammy). He continued performing until his death in 2007. A statue of Peterson sits outside the National Arts Centre in Ottawa. On February 17, 2021, Historica Canada released a Heritage Minute in his honour. Source

Justice George Carter was the second Black lawyer to be called to the Ontario bar (after Robert Sutherland), and the second Black judge in Canada. Justice Carter helped establish legal aid services in Ontario. Amongst his many accolades, he received the Queen Elizabeth II Diamond Jubilee Medal and was appointed to the Order of Ontario, the highest honour for those who leave a legacy in Ontario and beyond. Source

Justice Lincoln M. Alexander – The first Black person to become a Member of Parliament (1968), to serve as a federal cabinet minister, and to serve as Lieutenant Governor (1985)

Justice Lincoln M. Alexander was appointed Queen’s Counsel and was a partner in a Hamilton Law firm until 1979. In 1968, Justice Alexander became the first Black person to become a Member of Parliament and served in the House of Commons until 1980. In 1985, Justice Alexander was appointed Ontario’s 24th Lieutenant Governor, also making him the first Black person to serve as the Queen’s representative in Canada. In 2013, Ontario proclaimed January 21 to be “Lincoln Alexander Day,” which was adopted nationally the following year. Source

It wasn't until 1983 when Canada’s last segregated school, the Linconville School in Linconville, Nova Scotia, closed.

Amongst her many achievements, Augustine passed the historic motion which designated February as Black History month in Canada. She was appointed as a Member of the Order in 2009, and in 2012 she received the Queen Elizabeth II Diamond Jubilee Medal. Augustine was appointed to the Order of Ontario in 2020. Source

In 1996, Justice Westmoreland-Traoré became the first Black Dean of a Canadian law school (Windsor Faculty of Law). In 1999, she was appointed to the Quebec bench, becoming the first Black judge in the province. She has won multiple awards for her achievements as an academic, lawyer, and judge, including an honourary degree from the Law Society of Ontario in 2017. She has also been recognized for her commitment to ending discrimination in Canada. The Canadian Bar Association presented Justice Westmoreland-Traoré with the Touchstones Award in 2005, and she received the Quebec Human Rights Commission’s Rights and Liberties Prize in 2008. Source

In Nova Scotia, police arrested and charged a 15-year-old Black youth, who later identified himself as Rodney Small, for allegedly interfering with the arrest of another youth. The Trial Judge, Justice Corinne Sparks – Nova Scotia’s first Black judge – found Small not guilty. She remarked "I am not saying that the constable misled the court, although police officers have been known to do that in the past. I am not saying that the officer overreacted, but certainly police officers do overreact, particularly when they're dealing with non-white groups." The Crown appealed the decision, arguing that Justice Spark’s remarks gave rise to a reasonable apprehension of bias. A majority of the Supreme Court upheld Justice Spark’s decision, noting that Judges are not required to discount the “very life experiences” that qualify them to adjudicate. The majority further noted that good judges are sensitive, compassionate, and have a wealth of personal and professional experience. Finally, the Court recognized that relying on the broader social context ensures that the law develops to reflect social realities.

The Ontario Court of Appeal recognized that direct evidence can rarely prove racial profiling. Rather, it is inferred from the circumstances surrounding interactions between law enforcement and the public. In Brown, the police pulled over a Black professional basketball player, who was driving an expensive car, for allegedly speeding. However, the evidence did not support the officer’s supposed reason for the stop. The Court found that the officer racially profiled Brown, as he looked into Brown’s car and ran his licence before stopping him (amongst other things).

Amongst his many accomplishments, Justice Tulloch conducted independent reviews of Ontario’s civilian police overview bodies and carding practices. The recommendations in these Reports led to significant legislative reform in Ontario. He is also a founding member of the Second Change Scholarship Foundation, directed at helping youth from at-risk backgrounds and with previous experience in the criminal justice system pursue a post-secondary education. Source

Canada’s highest court finally recognized the dangers of racial profiling. The Supreme Court of Canada recognized that “racial profiling is anchored to an internal mental process that is held by a person in authority.” When police officers detain persons based on racial profiling, by definition they have no reasonable suspicion to interfere with an individual’s rights. The Court further noted that the documented history of interactions between the police and racialized communities informs an individual’s experiences with the police. The Court acknowledged the “common and shared experience of racialized young men: being frequently targeted, stopped, and subjected to pointed and familiar questions.” Therefore, it was reasonable for the accused to believe that he was detained, given the “larger, historic and social context of race relations” between police and racialized groups. The research unquestionably demonstrates that racialized and low-income communities are disproportionately policed.