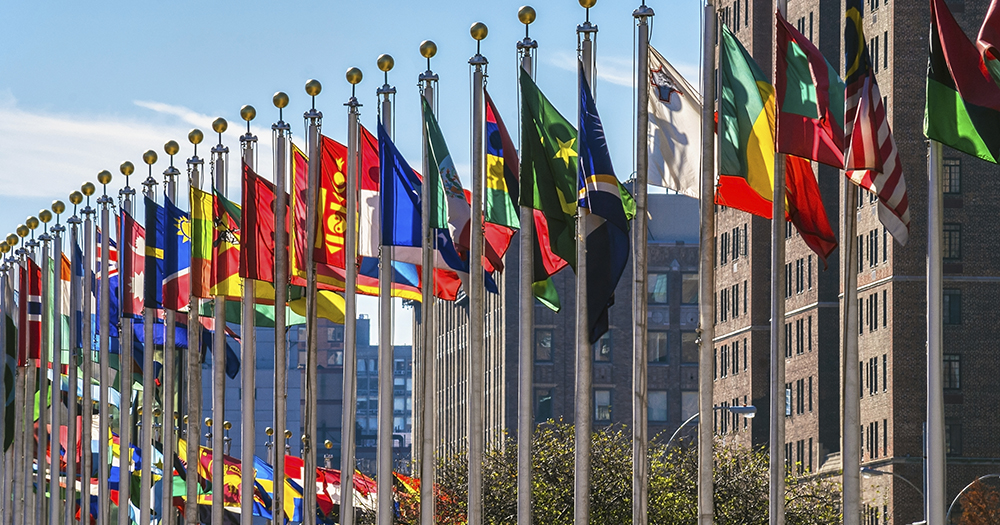 This spring, the Government of Canada made strides towards implementing the United Nations Declaration on the Rights of Indigenous Peoples (UNDRIP), and we can look forward to further developments in the coming months.

UNDRIP is an international declaration that aims to ensure a “universal framework of minimum standards for survival, dignity and well-being of indigenous peoples of the world”. Canada was one of four countries that initially opposed the Declaration, and when Canada did sign on, it objected to certain provisions.

The Harper government also formally objected to paragraphs 3 and 20 of the Outcome Document from the World Conference on Indigenous Peoples, a 2014 document that guides the implementation of UNDRIP and calls on governments to obtain the free, prior and informed consent of indigenous peoples before adopting and implementing legislative or administrative measures that may affect them.

The previous Harper government believed that the standard of free, prior and informed consent could give Indigenous populations a veto power over decisions of Parliament, thus interfering with the principle of parliamentary sovereignty, which underlies Canada’s Constitution.

The current government has pledged to respect Call to Action 43 of the Truth and Reconciliation Commission by adopting UNDRIP as the framework to reconciliation. To that end, in 2016 the Minister of Indigenous and Northern Affairs, Carolyn Bennett, travelled to New York and announced to the United Nations that Canada was removing the qualifications that it had previously placed on its acceptance of the Declaration.

On April 24, 2017 Canada took the additional step of withdrawing its objections to the 2014 Outcome Document.

How does this affect the law in Canada?

Canada’s newly unqualified acceptance does not automatically make UNDRIP the law of the land.

Courts can use the principles set out in UNDRIP to interpret Canadian laws in a manner that supports Indigenous rights. In fact, the Canadian Human Rights Tribunal did just that in its 2016 ruling First Nations Child and Family Caring Society of Canada v Attorney General of Canada (for the Minister of Indian and Northern Affairs Canada), where it held that the federal government must provide sufficient funding to provide social services on First Nation reserves that are of equal quality to the services provided to other Canadians.

Nonetheless, the text and principles of UNDRIP must be incorporated into legislation before they will be fully binding. There is a risk that instruments such as the Declaration could become dormant or obsolete without legislation that gives them the force of law.

What is the federal government doing?

NDP Member of Parliament Romeo Saganash is attempting to bring UNDRIP into law in one fell swoop through Bill C-262, An Act to ensure that the laws of Canada are in harmony with the United Declaration on the Rights of Indigenous Peoples. That Bill has not moved beyond the first reading, and has not received enthusiastic support from the Liberal government.

It appears that the government has a different approach in mind.

Minister Bennett has stated that UNDRIP is a means of “breathing life” into s. 35 of the Constitution Act, 1982, which recognizes and affirms the rights of Indigenous peoples in Canada. This is the provision that protects hunting and fishing rights, Aboriginal title and other rights, and our understanding and interpretation of it are constantly evolving.

Further, the Prime Minister has mandated a group of six federal ministers to review all federal laws and policies as they relate to Indigenous peoples. This suggests that the government prefers a narrower, “made-in-Canada” approach, rather than a legislative adoption of the full text of the Declaration.

One thing is clear: the government does not agree that UNDRIP creates an Indigenous veto power over Parliament’s decisions. Instead, Minister Bennett has stated that “free, prior and informed consent” means working with Indigenous peoples when the government develops policies that will affect them.

Assembly of First Nations (AFN) National Chief, Perry Bellegarde, has made a comparable observation. Speaking at the United Nations Permanent Forum on Indigenous Issues, he announced that under the principles set out in UNDRIP, governments would not take unilateral actions impacting the inherent rights, title and jurisdictions of Indigenous peoples – in his words, “nothing about us without us.”

Of course, putting this principle into play will mean that Indigenous peoples must have a seat at the table during the proposed legislative review.

The recent developments are promising and we remain cautiously optimistic that UNDRIP will take its place in Canada as a powerful human rights tool for Indigenous peoples.

For more information about the Declaration, contact our Indigenous Law Group.