May-December Marriages and their Consequences on Inheritance

Children of older, widowed or otherwise single parents often worry when their parent becomes romantically involved with someone who is much younger.

The classic scenario (often reproduced for television dramas) is, of course, the wealthy older gentleman who is suddenly dating a young, attractive woman with limited financial means and next to nothing in common with the older man. This happens in real life of course, but other examples include older persons who become romantically involved with their younger caretakers, volunteers at their nursing home, or other persons who befriend the older person who is otherwise lonely and perhaps isolated due to the incapacities of old age.

When the older person declares that he or she intends to marry this younger person, suspicions are heightened – particularly if that older person has been diagnosed with, or has been showing signs of dementia or other mental capacity issues.

Although some people might dismiss the suspicions of children who fear for their inheritance, these children do have a reason to be concerned if the marriage takes place in Ontario. This is because marriage in Ontario automatically revokes a person’s current will unless that will is made expressly in contemplation of the specific, pending marriage. If a person fails to make a new will in contemplation of the marriage or draft a new will after the marriage, that person will die intestate, i.e. without a valid will. If a person dies intestate, unless the spouse elects to preserve the old will, the majority of the dead person’s estate will go to the new spouse, with a smaller portion going to any surviving children.

What can children or other friends of the older person do when faced with a pending marriage of this type? Certainly if they have concerns regarding the older person’s mental capacity they can take the steps necessary to have the parent assessed by a physician. Or it may simply be that the older person needs to be made aware of the consequences of marriage on his or her current will and advised on what legal steps should be taken to preserve that will and protect the inheritance of his or her children.

Ultimately however, if the older person does not care about the legal consequences and has the capacity to marry, it is very difficult to stop two consenting adults in Canada from getting married. For a more in-depth discussion on this issue, including all the ways a marriage under these circumstances can be challenged, see the most recent decision in Canada, Ross-Scott v. Potvin. 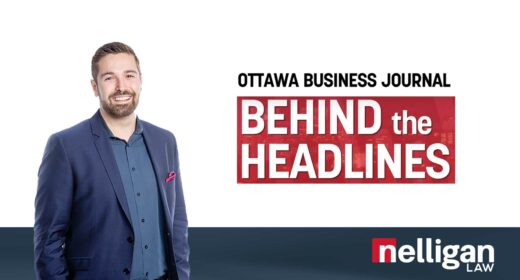