Who Owns the Hummus? Trademarks and Source Confusion

Trademark law is fundamentally concerned with the concept of “source”. In other words, a trademark’s primary function is to clearly identify the seller of the goods or services that are branded with that particular trademark.

For some examples, we probably all recognize that a “Mustang®” is a car made by Ford, and that a “Big Mac®” is a McDonald’s hamburger. These are clear examples of particular trademarks that are each accomplishing this intended purpose.

Accordingly, trademark practitioners are often tasked with the question: would a typical consumer be confused as to the source of a particular trademark? As an example: would a Microsoft Office user be confused about the existence of Wrigley’s Excel chewing gum and think Microsoft had gotten into the fresh breath business?

A Saskatchewan hummus producer recently faced this very question, just switch the “spreadsheets” for “underwear” and the “chewing gum” for “hummus”. As reported by the CBC, Saskatoon’s Yohannes Petros, maker of “Hanes Hummus”, recently received a cease-and-desist letter from US clothing giant Hanes Brands International (“HBI”) requesting that he stop selling his hummus under this brand name (which is based on his nickname). Specifically, the company is concerned that a potential consumer may be confused by Hanes Hummus, thinking that HBI had gotten into the business of making delicious chickpea-based dips.

Fortunately, it has also been subsequently reported that a co-existence and settlement agreement has been reached between the parties, apparently putting an end to this potential dispute. From an IP practitioner’s perspective, this seems like a reasonable solution given that each company’s products differ so greatly and are offered in completely different manners.

Despite the fact that HBI may have had a tough time demonstrating the likelihood of consumer confusion in this case, no small business would envy the task of defending itself in a legal battle with a global company of HBI’s size, regardless of the strength of its case.

However, as nothing is ever unequivocal when it comes to legal matters, a quick and tidy end to this dispute is certainly a beneficial result for all involved and perhaps something we can all take note of. Congrats to both parties for coming to a speedy resolution! 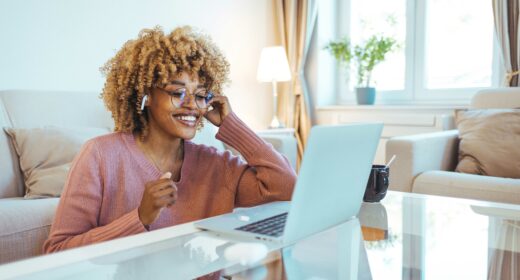 Employees with a side hustle: Can I protect my intellectual property?

With e-commerce exploding over the course of the pandemic – nearly doubling between February and March 2020 alone – side[...]
Read More >